At nearly 900 pages in length, this superbly produced volume of John McGahern’s letters represents one of the major achievements of twenty-first century Irish literary criticism..

When McGahern died in 2006 he had firmly established himself as the most revered and influential Irish writer of prose fiction since Joyce and Beckett and it is wonderful to have before us now a vast new range of his thoughts and elegant commentary on the world around him. in The Letters of John McGahern.

The book is heavily annotated throughout by its editor, Frank Shovlin, and filled with carefully crafted footnotes pointing to details about McGahern’s family, friends, books he loved to read, and books he loved. he considered failures.

All of this in itself amounts to a sort of informal history of Irish writing from the 1950s to the early 2000s and gives us insight into not only McGahern himself, but also the work of writers as diverse as Brian Friel , Richard Murphy, Mary Lavin and Seamus Heaney.

Among the surprises for most readers will be the extent to which McGahern was influenced by writers from the great European tradition such as Rainer Maria Rilke and Franz Kafka, as well as the admiration of Englishman Philip Larkin and by the American Hermann Melville.

For some time, critics have pointed to the broad reading of the classics that helped shape McGahern’s worldview and the pared-down prose he used to bring that world to light.

But his letters give it all exciting new life and are a treat for anyone interested in how the artistic sensibility of a great writer is shaped.

McGahern’s life as a rigorous reader is just one aspect of these splendidly revealing letters: we also get to know, for example, a man who loved sports, who avidly followed football teams like West Ham and the Spurs when living in London in the 1960s after his dismissal as a Dublin primary school teacher following the banning of his second novel, The Dark (1965).

More broadly, everywhere we see a warm enthusiasm for London, its pubs, restaurants, people and streets.

And that’s just one of the many places that come to life here alongside Paris, Newcastle-upon-Tyne, upstate New York, Dublin and, finally, Leitrim.

The whole sad story around McGahern’s treatment by official Ireland after he became the first Irish writer to expose sexual abuse – both familial and clerical – in The Dark is made clearer through the letters.

In a particularly memorable communication with his American publisher, he reflects on the personal toll of censorship: “I wasn’t caught off guard, but it was strange how sickening certain knowledge and the feeling of disgrace, my uncle to his gas pumps and other sentimentality and craziness filling my brain.

But he wanted no public protest and settled quietly in the East End of London where for several years he became a rather unhappy substitute for Chingford.

This calamity could easily have destroyed him as a writer and he entered a fallow period of a few years during which he wrote very little and saw his first marriage to Finnish director Annikki Laaksi fall apart.

Everything could have ended unfortunately without the blossoming of a new relationship with an American, Madeline Green, whom he started dating in London in the fall of 1967: the initial energy of this relationship was caught up in a series of poignant episodes and beautiful letters as we see a man fall madly in love with the woman he will marry in Paris in February 1973 and with whom he will spend the rest of his life happily.

It is therefore fitting that Les Lettres is dedicated to Madeline McGahern.

Alongside these glimpses into McGahern’s private world, we get some great experience in the publishing world: the luck that saw him noticed by the brilliant publisher Charles Monteith at Faber in 1961; the complex and difficult efforts to establish themselves in America via a series of publishing houses from Macmillan (whose publisher Cecil Scott vehemently dismissed The Dark as a “creepy” book), Knopf, Atlantic, Harper & Row and Viking-Penguin before a triumphant belated partnership with another superb publisher, Sonny Mehta at Knopf, which made the success of the latest novel and the unforgettable Memoir.

There are plenty of highlights here both for lovers of McGahern and for those new to his extraordinary work: wonderful turns of phrase; the playful bashings of other writers; beautiful descriptions of the natural world around his Leitrim farm; and, finally, a humble stoicism in the face of his terminal cancer diagnosis, as described in a particularly memorable letter to his friend Michael Gorman in Galway.

“There’s not too much difference here, other than adjusting to a different reality, a reality that we always knew was there and inevitable, but which is always different when it comes,” reads- we.

“I used to have ways of avoiding going into the room to write, I didn’t like the intensity and the total absorption, but now I’m happy with it, it belongs more to now than when we felt free in acres of time; and that too was necessary, and is.

“I find that I have to be socially more careful: any society excludes this knowledge, in order to function.”

Most readers have assumed, with regret, that the memoirs were the last they would hear from John McGahern, so it is with an intense sense of gratitude that we see him once again brought to life through these vibrant, alert, attentive.

The Letters of John McGahern is a magnificent final foray into the imaginary world of one of Ireland’s greatest artists.

The Letters of John McGahern, ed. Frank Shovlin (London: Faber and Faber, 2021) is available at www.faber.co.uk

Niall Carson is Joint Lecturer in Modern Irish Literature at the Institute of Irish Studies, University of Liverpool

Next Cathay General Bancorp Inc (NASDAQ:CATY) is expected to report earnings of $0.85 per share 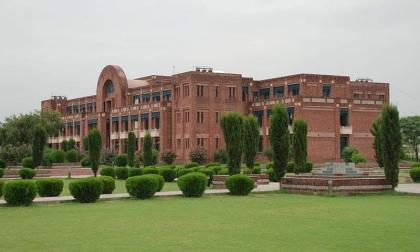