“Whether it has to happen in the future or not. It had to materialize. With their wounds, and my chest. Persistent and restless. There was exhaustion in being human. That is to say, the quest to be human was tiring again.


In the early evening hours, the clanking of steel in Lohatia, the oldest part of Varanasi known for its iron and steel industry where Vyomesh Shukla lives, is constant in the background. A couple of mice scurry along the damp edges of a stone walkway. It’s like any alley in Varanasi: dirty at first glance, but intriguing at second. A streak of light streams from a studio-like arrangement at the end of the seedy lane, where a man is conversing on a cellphone. The daunting idea of ​​Vyomesh Shukla, one of the most respected poets in modern Hindi literature, known for his unabashed and irreverent critical thinking, stands in stark contrast to himself. It can seem almost rehearsed: as her genuinely warm smile and immediate kind words greet the viewer, her searching eyes sift and peer through the glasses.

This man is not just a poet or just a literary critic. He is also the inspiration for the revival of neoclassical Hindi theatre. At the same time, he is one of the most important and respected cultural organizers in Varanasi, known and appreciated by performers. We start from the beginning. Shukla’s journey as a translator began in 2005 when he read “the cheapest and crudest quality of pages found in the darkest journals of contemporary Hindi literature”, he says, with a spark in the eyes. “Journals like Tanav were the windows opened by modern Hindi poets, before the advent of digitization, to peek into world poetry. Special Editions of One Hundred Poets compiled by Vanshi Maheshwari introduced nearly three generations of Hindi poets into world literature, from Nâzım Hikmet to Dunya Mikhail,” says Shukla. Along with the words of the illustrious poet Baghdadi Mikhail and many others, his verses have been engraved on the Dawn Chorus sculpture at Philadelphia’s Rail Park, chronicled for posterity. He remains the only poet from the Indian subcontinent to have this distinction. The cobblestone carvings in thirteen languages ​​are part of the public artwork commissioned by the City of Philadelphia’s Percent for Art program of the Office of Arts, Culture, and the Creative Economy. He shares this extraordinary honor with Nobel laureates like Seamus Heaney, Octavio Paz, and with formidable giants of literary modernism, Gertrude Stein and Anna Akhmatova.
That’s not all. For someone who has translated intellectual titans like Raymond Williams, Harold Pinter, Noam Chomsky, Howard Zinn, Edward Said, Terry Eagleton and Eliot Weinberger, an academic disposition would seem quite natural. It doesn’t work that way for Shukla. He ran away from two of India’s most prestigious universities on more than one occasion. Why?

Just because he could.

And wouldn’t that have infuriated his formidable mother, the late cultural colossus Dr. Shakuntala Shukla? “She never complained about anything other than my manic reading. I can’t say if she was disappointed. She knew I loved her a little too much for my own good and couldn’t stay away from her physically. My whole life has been spent dreading her death and preparing for it,” he says.

At the dawn of this millennium, he went into business, taught in his mother’s school, doing a little of this and a little of that from time to time. Whatever he does, limiting himself to one sphere has never been a choice. With such a creative temperament, it only makes sense why he was mentored by literary icons like Vishnu Khare, Viren Dangwal and Manglesh Dabral. Or cultural critic Ashok Vajpeyi, who now heads the Raza Foundation, where Shukla was once a member for his literary criticism. Although he locked heads with each of these behemoths, his legendary humility and kindness never left the threshold.

There is also a part of selfishness in what he translates, what he admits, like a mischievous child trusting his favorite aunt: “When I read Roland Barthes, I couldn’t bring myself to translate it. It was more than seductive. As much as I loved what he wrote, it was my love that kept me from allowing anyone to read it more than me.

Of all things, Shukla borrows heavily from his heroes and every object of beauty he lays his eyes on: from Walter Benjamin, Thomas Stearns Eliot, Ramchandra Shukla, Susan Sontag and Gajanan Madhav Muktibodh. Without an ounce of shame and a smile spreading from ear to ear, he calls himself Muktibodh’s love child. Like all the poets of his generation, and of the previous generation: “His idea of ​​interiorization is a curse that we all carry in our minds to channel an interiorized world. In everything I do, I seek chaotic order. Just like nature. Harmony is therefore also the essence of everything he undertakes.

The emergence of his poetry in 2009 was also directed differently from others. It was no way to justify his expression, for there were many tracks he had forged: “I reached a sphere between the worry and the recklessness of not being able to do literary criticism . Realizing the misery of not writing evolutionary prose that might fall somewhere between opinion and imagination, I found the basis of writing poetry. As he stares into space, his eyes betray faint rays of realization that can only come with many years of commitment to literature. “As soon as one sculpts poetry, the quest to write differently from others is the only pursuit. Although it may seem conceited, the control of emotions in language is paramount to me, and also my strength. My despair would only be expressed through concrete words, or not at all,” he asserts, clenching his fists. It’s true. His poetry is not tainted with emotional excesses that might seem circumstantially pointless. There is a balance there. A symmetry and a consonance that can only be obtained by remaining faithful to the grammar of aesthetics. His performing art parallels his poetry in that order. Almost like a painting, where incalculable thought has been given to details that seem obvious, but are actually essential. The reach of his poetry speaks to what he calls a “huge minority” who take his literary exploits as seriously as his drama and literary criticism.

His early poems are intertwined with politics and the resulting anger: Anger Against Fascism and the Electoral System of Politics. However, he soon realized how weakly they would answer the questions of human existence. “I understood that political art could not last long and that it would eventually run out. There was no control over the theater of life that is politics. So I had to innovate. So he did. His poems reinvented themselves and began to establish a third-person narrative of self. Reflect the similar, and another. In the chaos of his beloved city, and with the choices he had, he forged an order. “My experiences of existence border on madness, so I desperately needed to find a methodical order, like the one I observed in nature.”

Although he pursued traditional forms of theater early on as Rama in the five-century-old Mauni Baba Ramlila, he was drawn to the polyvocalic elements and pure orchestra of poetry. He reinvents William Shakespeare with his experiences in Raghuveer Sahay’s Hindi translation of Macbeth. It draws from the polyphony of Jaishankar Prasad’s Kamayani, among the boundless innovations in other forms of theatre. When he borrows from various folk and semi-classical dance forms of India, he incorporates them into dramatic performances that celebrate the human experience at its best.

This is the point where we come to one of his most glorious attempts at art. A celestial marriage of classical Hindustani music, traditional Indian theater and classical Hindi poetry: his famous staging of Suryakant Tripathi Nirala’s epic Ram ki Shakti Pooja in 1936. To call this effort simply a spectacle is maliciously undermine it. It is an experience of a lifetime, emotionally invigorating and a talisman for difficult times. Regardless of creed and inclinations.
Thus, there are still avenues to create art forms that allow for suggestive perspectives of art for heart’s sake. The journey from reality to idea doesn’t have to be cathartic. The embellishment of violence in theater and literature, though insensitive at times, can infiltrate hope. The pluralistic element of life cannot always be lost. Shukla single-handedly leads a crusade to reclaim the glory of Nagari Pracharini Sabha, while much of the Hindi intelligentsia has abandoned their discouraging cause. (Sabha was founded in 1893 at Queen’s College, Varanasi, for the promotion of Devanagari script over the more common Kaithi script). As long as the acolytes of culture stay in the field selflessly, the spectacle landscape will prevail. “Why are you listening so carefully? Why do you listen with your eyes? read a poem from the collection. In the works of Shukla we have the answer.

(Chandrali Mukherjee is pursuing a PhD in Mass Communication and Journalism at Banaras Hindu University. Opinions expressed are personal and do not necessarily reflect the views of Outlook Magazine) 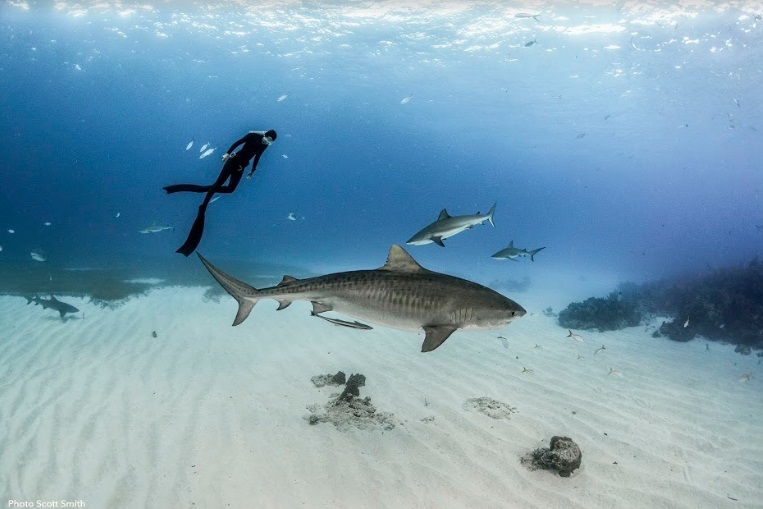 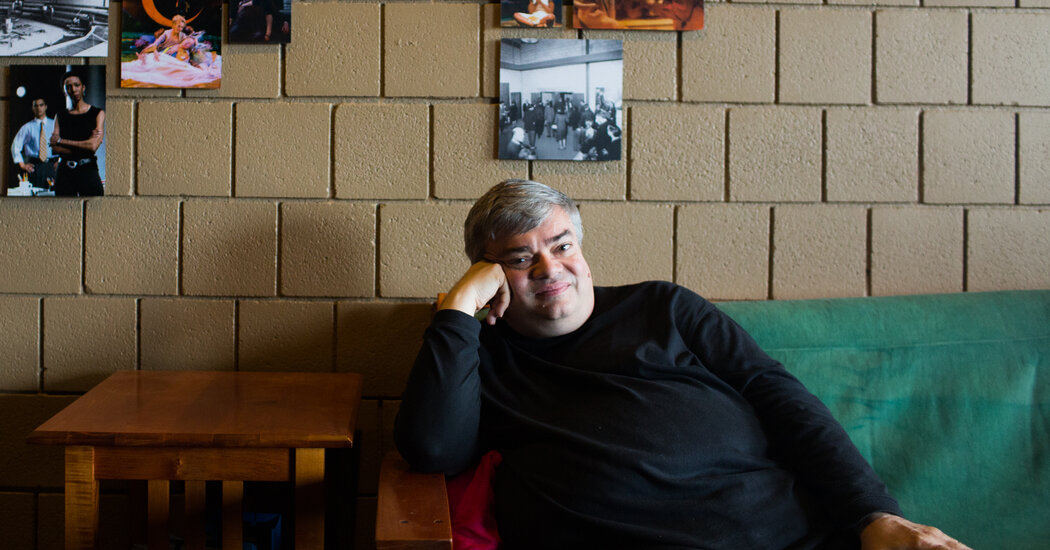